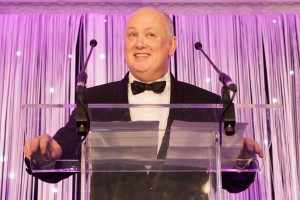 Stuart offers After Dinner/Lunch talks for events bringing a blend of humour, business stories, anecdotes and analogies to life. He does all that he can to ensure that your event runs smoothly and the audience remains fully engaged, enlightened and entertained throughout.

He also Hosts/Comperes/MCs events. If you are looking for someone dull to lead the proceedings, don’t book Stuart – he runs the risk of injecting humour into the event to keep the audience fully engaged and will make sure things run to plan and stay on time.

He liaises with event planners to find out all he can about the organisation, the event, desired outcomes and if appropriate, some juicy gossip that he can thread through his introductions.

If you are organising an event, function, fund-raiser or Conference Dinner, Stuart is your guy. He has an Understanding for Business and a pretty good sense of humour (even if does say so himself) – he develops his craft at conferences, conventions and ‘dinners’ as well as the odd Stand-Up Comedy gig in the comedy clubs & bars of Glasgow, Edinburgh, Manchester and London.

He’s even opened for Frankie Boyle (ok, ok, it was his first ever gig, he was doing his first open mic slot and Frankie was trying out new material to 150 friendly faces), he has performed at The Edinburgh Festival, played a sold-out gig at Manchester’s Old Trafford Football Stadium (ok, ok, again, it was in the conference suite for 100 professional Speakers the night before their main Convention (does that still count?))

He will also make sure your event runs to time rather than having your guests run for the last bus.